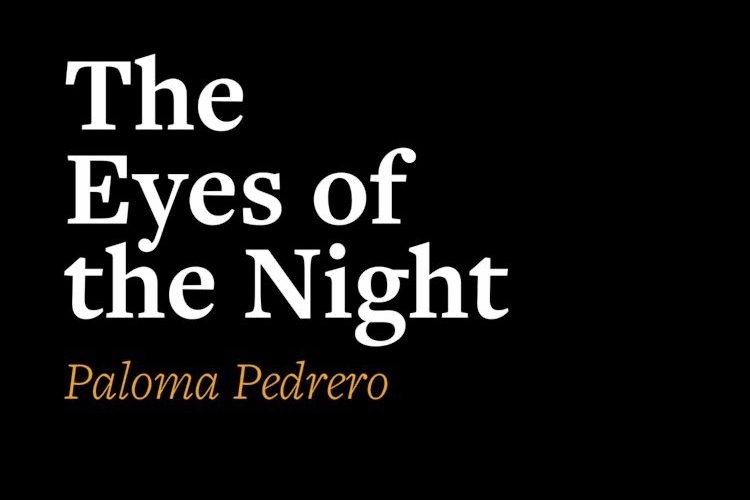 Yes, we want gender parity just because it is right. Nonetheless if comes with a price. A new play at the London’s Cervantes Theatre shows why

Written by Paloma Pedrero, an established name in the contemporary Spanish theatre arena, The Eyes of the Night dives into the unhappiness of two strangers to ask questions of extreme relevance to nowadays demanding society. The level of depth topics such as success, image, independency, prejudice, desire, physical attraction etc. touched upon is balanced well by the clarity of the script and simplicity of the setting.

Although originally written in Pedrero’s early days, one finds an underlying sense of understanding for the importance of precision in the realistic deliverables of a one act play that come along with the acting and directing experience she has. The play brought to life in its English and Spanish versions at the only bilingual drama centre in the UK –Cervantes Theatre– is also a deserving celebration of the partnership between a multicultural cast and crew. With its emotional gravity, light comedy touches and hard-to-swallow truths, this piece offers an observation of a woman being freed from the prison of her ill-inherited ambitions by the chances of an extraordinary encounter.

The audience is thrown into the action from scene one where Lucia (Lanna Joffrey) is leading the conversation with a blind man she can afford to pay listen to her for the night. The story takes place in a post-modern hotel room overlooking a city from the 22nd floor, which is somehow demonstrative of Lucia’s status, and simultaneously in complete controversy with Angel’s (Samuel Brewer) down-to-earth, casual attitude to life. It is not until their weaknesses come out, both in the realm of loneliness, that one can anticipate a game of exchange between the two, be it one way or not.

The initial biting comments around societal norms of beauty can be a little tedious and of less substance. Especially Lucia’s never ending, anxious talking – a strategy to silence her inner thoughts and insecurities, can be off-putting at first. Nevertheless, when challenged by Angel, this frustration translates into her realising the concept of having it all in a life of superficial relationships has actually not given her much. Sensitivity is a hot topic for both as they have faced the prejudice and pressure of being seen as what they are not. Lucia – as a strong, independent woman who is guided by rationality and not emotion. Angel – as a disabled, pitied, weak guy, humble as a result of what live has thrown at him. But in fact, are exactly the opposite by rules of nature, not society. The difference between them is that one has been sucked into the glamour of substituting wealth for inner peace, and the other has remained true to himself.

But does this difference only come down to the physical ability to see? Yes, according to Angel. The brave production choice of taking Lucia and the audience on a seven minute journey of wayfinding and sensational awakening in the darkness adds to the level of experience offered by the play. Being in control of people’s minds for so long shows a strong sense of composure in the role played by visually impaired Samuel Brewer. His character’s aggressive confidence, focus and boldness of a Wall Street broker are at times psychopathic and intimidating, yet this image easily vanishes when his contemplation on the smell of fresh bed sheets and sound of the city regain the audience’s trust.

The value of this play extends beyond its stage experience. References to the past bear with them a risk of overthinking and self-comparison resulting in irrationality. Like in the case of Lucia’s impulsive decision to put sleeping pills in Angel’s drink as if to thank him for the ride. An immediately regretted decision, yet it gives her control over a situation and thus unconsciously frees her spirit from her own defenses. Perhaps she will not change, but remain bound to endlessly swap between the masks of emotional strength and vulnerability. The price she has to pay, however, must not be other’s burden. One hopes that her return to the room while Angel is sleeping at the end of the play is an acceptance and not the start of a game replay.

Ironically, as part of the setting, the bed never ends up being used for its initial purpose and yet it remains the centre of the act. Hopping across it, laying, jumping, fighting, dancing upon it – all efficiently make up for the studio theatre stage limits. The play also does well in keeping a varied pace by making people slightly uncomfortable through scenes of blackout and violence. Similarly, moments of silence and comic references to literature, widen the intellectual spectre of the characters and thus further enhance the dynamic between the cast. It would be interesting to see how adopting a different accent strategy will change the play, although the natural actors’ ones works well to highlight the distance of the worlds they live in and co-create. Nevertheless, the quality of this play astonishes at two levels: the cross culturally relevant themes Pedrero develops and the artistic and casting choices made by the production team that challenge the status quo.